Today I took the next step closer to implementing our RE's treatment plan. Today I went in for my list of blood work, including a 2 hour glucose test. I have dreaded this test for years since I have a tendency to melt down when my blood sugar gets too low. My head starts to swim, the room gets foggy, a cranky creature that seems to hide in the dark depths of my psyche comes raging forward.

This in addition to the fact that I don't always do well with blood tests left me dreading how the morning would go. Luckily Dr. Love is on vacation so he was free to come with me in case I was a pitiful mess after everything was done.

The test started with some initial blood draws during which I turned my head as far away as possible from the impending torture my little vein was about to endure. I can't watch as they drain the life from my arm, or rather I can for a few brief moments before everything goes black and I plummet to the floor. Next came my lovely, orange treat of glucola...

Glucola is a akin to concentrated flat orange soda. It's sugary, it's orangey, and it has to be finished in 5 minutes. At first the taste wasn't as revolting as I had anticipated BUT the flavor doesn't grow on you, it actually was quite the opposite. 2/3rds of the way through the bottle I wanted no more and struggled a little bit to finish it all.

"Now if you feel like you're going to throw up let us know so we can have you lay down in the recliner," said the lab tech. "If you throw up you'll have to come back and do it again."

GREAT! What a way to calm my anxiety about the whole thing. Now not only do I have to be on cranky fog watch, I'm on puke alert too for the next two hours.

Dr. Love and I made our way back to the waiting room to get comfortable and who did we happent to sit next to? None other than a high school classmate of Dr. Love with her husband and three adorable kids. After the initial introductions came THE question..."so do you two have kids?" Luckily Dr. Love handled it in stride as we sat and watched her toe-headed one year old girl make friends with everyone in the waiting room.

Two hours and two more pokes later I walked out of the lab puke free, faint free and cranky fog free. I'm calling that a WIN in my book, now we just wait to see if the test results agree.

Email ThisBlogThis!Share to TwitterShare to FacebookShare to Pinterest
Labels: TTC

All I want for Christmas

All I want for Christmas
is a BFP,
a BFP,
see a BFP!

Gee if only Santa knew his alphabet,
then I wouldn't have a RE Christmas!
0 comments

Where oh where is my baby carriage?

Dr. Love and I decided early on that we wanted to wait a year until we started trying to have kids. We wanted to enjoy our time together and get to know one another as husband and wife before we became parents. To me that time together is precious as it's the only time you have for just the two of you because once you have kids, no matter how old your kids are, you are forever after Mom and Dad. It just so happened that the end of the waiting period also closely coincided with the start of his residency which meant he would be bringing home a paycheck.


Dr. Love, being the optimist he is, was confident that when we were ready we would have no problems getting pregnant. I dearly wanted to believe him but as the months ticked by with no baby, the ghosts of hormone problems past began to haunt me. 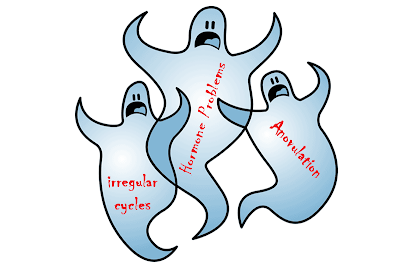 In an effort to either confirm or dispel my fears I turned to charting my basal body temperature (BBT). I'll admit that when I originally contemplated trying to conceive I did not want to chart. I was worried that I would obsess about it and doing so would let the process of conception take over my life. Time and disappointment has a way of changing things. Now I wish I had done it from the very beginning because I would have learned a vital piece of information early on... I don't ovulate, or if I do it's a fairly week one because none of my charts show it clearly. Getting pregnant is difficult when your body doesn't give you an egg to work with.
The next couple weeks brought several blood tests and along with it a diagnosis. Hypothyroid and Polycystic Ovarian Syndrome (PCOS). While it was a relief to have evidence that I wasn't just being an impatient hypochondriac, it was tough to put the nail in the proverbial coffin that we'd be able to conceive without any help.
Being that hormones are both delicate and complex, and the fact that I wanted any treatment we had to be closely monitored, we made an appointment with a reproductive endocrinologist (RE). This week, we sat in Dr. M's office discussing our hopes, diagnosis, and treatment. The plan currently consists of clomid, dexamethasone for my elevated testosterone and a trigger shot, but first more tests. I'm hopeful about the plan we have BUT I'm feeling the pinch to get things going. Ideally we would like to have a couple kids during Dr. Love's 3 year residency to take advantage of the favorable maternity coverage, and the window on making this a possibility is closing. I'm getting more comfortable with the fact that we need a bit of medical help but the possible trickle down effect may be hard to swallow. I guess only time will tell.
0 comments

Email ThisBlogThis!Share to TwitterShare to FacebookShare to Pinterest
Labels: RE, TTC

Once upon a time there was a girl. Growing up, her parents taught her well and she knew that she could succeed at almost anything she put her mind to. She excelled in school, graduated high school with highest honors and received a full ride scholarship to a local university. She graduated college cum laude, got a decent job, and bought a small townhouse. She was on the right track and happy with what she was accomplishing in life, yet something was missing. She was alone. She watched as one by one her friends took the plunge into marital bliss. Eager for it to be her turn, she stepped off of the sideline and dove into the dating pool. In the pool, she ran into a lot of frogs who just when she began to think "this has to be IT, he's definitely the one" they plowed her heart over with a semi. 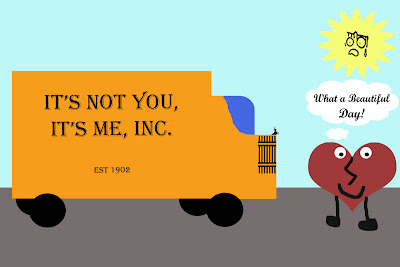 Then one day, after years of a heartbreaking search, she found him! Her knight in a white lab coat, Dr. Love. He was her other half, and they fit each other perfectly like no other before had. He made her laugh, feel special, and looked at her as if she was the most beautiful person he'd met. It wasn't long before they were in love and planning to be wed. The girl knew that in the years to come he would have to leave her often during his residency program but she could deal with that knowing he would be forever hers and she his. Dr Love swept her off her feet and they rode off into the sunset to live happily ever after... 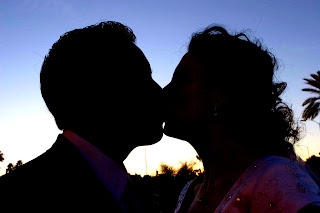 Except nothing is as easy as it seems.
0 comments

Email ThisBlogThis!Share to TwitterShare to FacebookShare to Pinterest
Labels: Mawage brings us together
Newer Posts Home
Subscribe to: Posts (Atom)